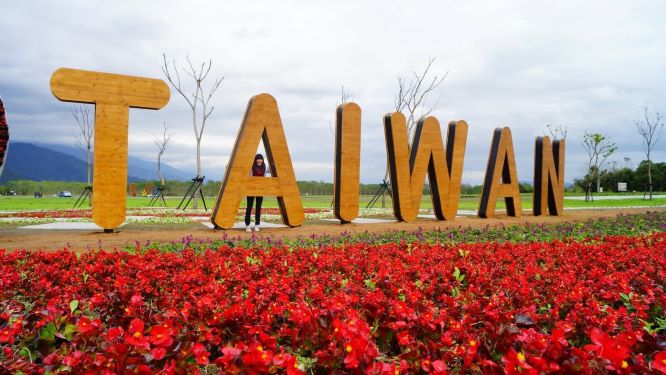 Why medical tourism in Taiwan is a best kept secret

Medical Tourism in Taiwan? You might not have even thought this option existed.

Taiwan is emerging as a favorable medical tourism destination, which is being driven by competitive costs, the abundance of high quality hospitals and doctors and the country’s geographical proximity to wealthier Asian countries.

We at Medisetter believe that medical tourism in Taiwan will continue to grow in popularity among Western patients due to its unique attributes and that Taiwan will be able to establish itself as an attractive addition to the traditional Asian medical tourism options like Singapore, India and Thailand.

According to the country’s medical tourism website, Taiwan has had 14 of its hospitals featuring in the list of the 200 best hospitals in the world, only falling behind Germany and the United States. Taiwan also receives a large number of doctors and medical professionals from the United States and many of the country’s doctors have studied overseas.  The benefits of medical tourism in Taiwan are thus manifold, as it offers quality coupled with cost savings for medical tourists from Asia, Europe and North America. Taiwan is a center of excellence for treating complex diseases

One interesting factor to note is that the country’s NHIA subsidizes hospitals based on their accreditation and higher quality hospitals are consequently able to receive more government subsidies. Hospitals are reevaluated every three years to ensure that they retain the same standards. Hospitals in Taiwan are equipped with high quality equipment, which has allowed it to emerge as a favorable destination for treating more complex issues such as cancer.  Taiwan is also developing a strong reputation in treating cardiac disease and orthopedic conditions, which could potentially make it a regional hub for these surgeries in the future.

Medical tourism in Taiwan is not a well-known phenomenon in Western countries.

Taiwan has not been very successful so far in attracting patients from non-Asians countries, though this could potentially change in the future.  Taiwan is currently an attractive tourism destination that is close to wealthier Asian markets such as S. Korea and Japan in particular, which can benefit from lower costs.

Taiwan is cost competitive as a medical tourism destination

This high quality of treatment is, rather unusually, combined with cost competitiveness; costs are usually half the costs at hospitals in Japan and even cheaper than Thailand in select cases. It is well worth examining hospitals in Taiwan if you are initially set on Thailand for its high quality and cost savings benefits

Surgeries are generally circa 20% of the cost that one would pay in the United States and the UK and notably the country offers more advanced medical services that makes it a better choice than other developing countries in Asia for select cases.  This makes Taiwan a solid option for American medical tourists.

For example, a hospital in Taiwan can perform a hip replacement surgery at only around 17-22% of the cost of this surgery in the US/UK.  Moreover, this is lower than what it costs to have the surgery performed in Thailand, one of the most popular medical tourism destinations in Asia. These cost discrepancies ensure that patients from North America, Europe and even parts of Asia can enjoy substantial cost savings by choosing Taiwan.

The cost of a knee replacement and heart bypass surgery is also on par with the costs seen in Thailand. Medical tourists should consequently compare prices in Taiwan and Thailand before making a decision and also consider India, which is a superior location if one focuses solely on costs. When considering various hospitals in Asia, Taiwan should certainly be one one’s radar, especially for American medical tourists.

Though many Americans medical tourists end up choosing popular destinations such as India and Thailand, we believe that Taiwan has hidden pockets of value that patients from developed countries should exploit.  Low cost destinations such as Taiwan will continue to emerge as attractive alternatives for Americans that are burdened by the country’s comparatively higher health costs and consequently choose to go to hospitals in Asia.

According to a recent report by Visa and Oxford Economics the amount of medical tourists from the United States will grow by around 25% per annum between 2016-2026 and Asia is well positioned to capture the majority of this growth.  American medical tourists can benefit from having Taiwan as one of many options in Asia.

We are partnered with Kaohsiung Medical University Chung Ho Memorial Hospital (KMUH), which is the leading hospital with JCI accreditation in Southern Taiwan and has focused on providing surgeries for Taiwanese and foreign medical tourists.  The hospital is famous for a number of surgeries, including the first ICTAS confirmed upper arm allotransplantation in Asia, featured FOOM flap surgery for blepharoptosis in Asia and performs among the highest volumes of HIFU therapy for uterine fibroid in Taiwan.  The hospital has 919 doctors and an outpatient capacity of 8,500 patients a day. For more information on this hospital click here or check out some of our other partner hospitals in Asia, including India or Thailand.

How Matcha Can Help With Anti-ageing And Preventing Cancer
Why hospitals in Thailand are the world's favorite medical tourism destinations
The Numerous Health Benefits of Spirulina
What Is A Congenital Heart Defect And How Is It Treated?
Choosing A Hospital for Your Family: Who Should I Choose and What Issues Should I Consider?
Category : Cancer (Oncology), Cardiology, Orthopaedic, Other
Tags : healthcare in Taiwan, hospitals in Taiwan, medical tourism in Taiwan, Taiwan healthcare, Taiwan hospitals