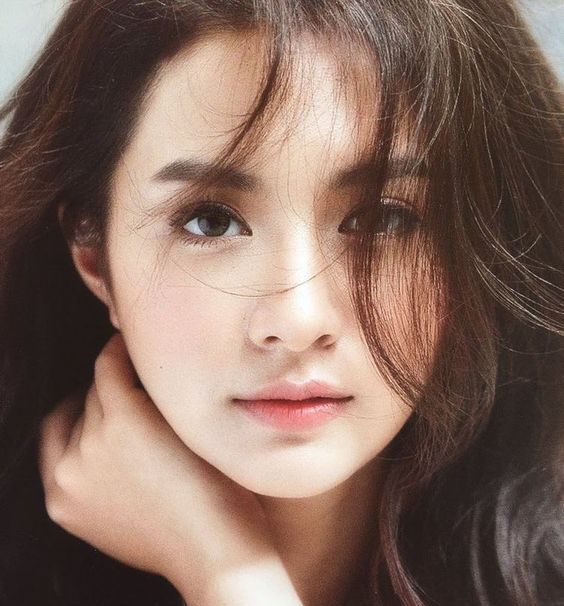 What You Should Know About V-Line Facial Contouring Surgery

What’s so special about a V-line face?

What makes us more beautiful? This has been a topic of endless research and debate. Studies have shown that facial “symmetry” constitutes beauty and that there are certain geometric proportions and ratios which, if met, make a face more symmetrical and, therefore, more beautiful.

What matters is not the absolute dimensions of one’s facial features but, rather, the ratio between different facial features. For example, in a symmetrical face, the vertical distance from the lip to the chin should be roughly equal to the vertical distance between the forehead and the eyes. In general, however, there appears to be a universal preference for slightly longer faces in both men and women.

The V-line face is particularly sought after in Asia where there is a cultural premium placed on “femininity” in women and given that most East Asian ethnic groups are genetically prone to having large jaw muscles (also known as masseter muscles). This is particularly true in South Korea where the facial structure tends to naturally be “heavier” in nature with squarish jaws and a bigger bone structure. No surprise, then, that the concept of “V-Line” facial contouring surgery originated in Korea and was perfected here.

In a “V-line” face, the jaws should roughly trace the shape of the letter “V” from the bottom of the ears down to the chin as shown in the picture below. How do you make your face “V-line”?

So how do you make your face more V-shaped? Although there are multiple ways to do this, the best known, and arguably the most effective technique, is V-line facial contouring surgery. Note, however, that this surgery is primarily aimed at reshaping the jaw bone and, hence, if the main cause of a wide face or square jaw is an enlarged masseter or jaw muscle, then this can be addressed without having to undergo V-line surgery. An enlarged jaw muscle can be shrunk in size using Botox injections and does not require a surgical intervention.

To make face “V-shaped”, the jaw has to be refined and angled first. This is particularly true for certain ethnic populations which are genetically predisposed to have wider and squarer jaws (e.g. Koreans). In this procedure, the plastic surgeon will shave the jaw bone to soften the jaw line and make it more feminine. Excess jaw bone is shaved-off and then discarded as shown below:

Some plastic surgeons in Korea have further refined this procedure to ensure that the jaw bone does not look too angular after the rasping procedure. They achieve this by ensuring that the removed portion of the jaw bone traces a curve rather than a straight line. This is illustrated below: The chin is considered one of the three key facial features or elements, alongside the eyes and nose. There are many reasons for reshaping the chin to make it fit more with a “V-line” face. The chin could be too big or wide in which case it needs to be refined so that the reshaped jaw lines culminate in a fine tip or point at the chin, much like the bottom of the letter “V”. Chin reshaping surgery is known as a “Genioplasty” and we cover this surgery in detail in the following article: Things To Know About Chin Reduction (Reduction Genioplasty)

In other cases, the chin might be too short in terms of vertical distance and will need to be augmented using a chin implant. The chin implant can be a synthetic material (such as silicone or polyethylene) or a bone graft taken from other parts of the patient’s own body such as the ribs or pelvis.

In general, however, most plastic surgeons prefer not to insert a chin implant during a V-line facial contouring surgery since the same visual effect of a slender or dainty chin can be achieved through the jaw reshaping or shaving procedure, itself. If the jaws are angled appropriately, then the chin can be made to look longer, smaller and more slender without having to insert a foreign object to augment the actual length of the chin.

Note that while some believe that a pure chin reshaping procedure or genioplasty can help achieve the same results as a V-line surgery, this is not really true. A genioplasty only works in creating a V-line effect if you have a slender jawline but your chin is short, bulky or lacks definition. If, on the other hand, your jaws are square or you have a wide face, simply reshaping the chin is not going to give you a V-line face. Hence you should leave it to your plastic surgeon to develop a holistic surgical plan to give your desired appearance.

What is the recovery period following a “V-line” facial contouring surgery?

Even though V-Line surgery sounds quite intensive, the recovery period is surprisingly quick relative to other facial plastic surgery procedures.

Immediately after the surgery, you will be required to wear a sort of facial mask which presses tightly against your skin to keep the post-operative swelling down. You will also not be allowed to have hard foods which require chewing as this will delay the recovery time and might cause bleeding.

Most of the swelling will dissipate in one month. It can, however, take between 3 to 6 months for the face to look completely natural.

How much does “V-line” facial contouring surgery cost?

Want a beautiful chin that fits your face?
Are You The Right Candidate For V-line Face Surgery?
How To Fix A Crooked Face Or Facial Asymmetry?
Two Techniques For Getting Rid Of A Double Chin
What Is Malocclusion And How Do You Correct It?
Category : Chin Plastic Surgery, Jaw & Cheek Plastic Surgery
Tags : face contouring, facial contouring, v-line, v-line face, v-shape, v-shaped face