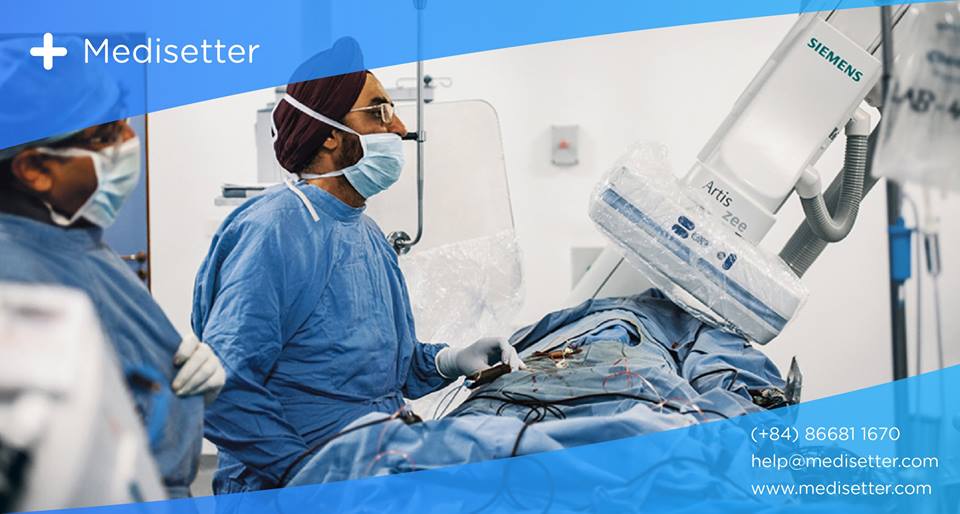 One of the most expensive surgeries in the United States is a heart bypass surgery, which could take a major toll on your finances if they do not have insurance.   This surgery is usually covered by the insurer, though the cost of a heart bypass surgery without insurance is around $70,000-200,000.  According to the United States Health Bureau, around 15% of people in the United States do not have health insurance ( people under the age of 65).   This sizable percentage of the population that is not insured would benefit hugely from having a heart bypass surgery performed in markets such as India or Thailand, where the total cost of the surgery is roughly $6,000-15,000 depending on the country and the hospital.  This amount of money is accessible to even lower middle class Americans through loans from family or banks or by paying with a credit card.

The heart bypass surgery is one of the most common surgeries performed in the United States: There are around 340,000-500,000 heart bypass surgeries performed in the United States every year ( roughly 0.15% of the population in the US will require this surgery every year).  The average age of the person having this procedure is around 74. The surgery is very useful in treating symptoms of coronary heart disease, which can cause symptoms such as chest pain, an irregular heartbeat and shortness of breath.  Having this surgery performed can be a massive health boost, which can relieve these aforementioned symptoms and reduce the risk of a heart attack.  The surgery is one of the most expensive surgeries in the United States and it typically requires patients to stay in the hospital for around 3-5 days. One of the key issues that Americans encounter when faced with a medical condition is not knowing the cost of the surgery well in advance.  The price discrepancies among different hospitals is vast and it is hard to have enough time to compare prices with hospitals in multiple states to find the best price.  The cost of a heart bypass surgery can range anywhere between $70,000-200,000, yet it is not common for someone to contact multiple hospitals to compare prices and to consider options in different states.  However, this is exactly how the market should function.  We do praise the Free Market Medical Association for offering a higher level of transparency and lower costs for a wide variety of surgeries, which reflects the efficiency of free market solutions.  However, it is crucial to note that many countries globally offer superior alternatives in terms of cost and the US only offers a limited amount of solutions at the moment. The high cost of a heart bypass surgery in the United States actually has nothing to do with the fact that the United States is a developed country.  Total healthcare spending per capita in the United States is roughly double that of other developed countries and massive price discrepancies can be seen for a wide variety of surgeries.  As seen from the chart above, lower cost surgeries are not only found in frontier and emerging markets like India, Malaysia and Thailand.  The same surgery can be performed for a fraction of the cost in markets such as Israel, Singapore, South Korea, Australia and the United Kingdom, which reflects that the higher price of surgeries in the US is a result of inefficiency rather than higher quality services.  For example, the average price for a heart bypass surgery is roughly 129% higher than the average price in Switzerland.

We believe that Asia offers the highest level of value and cost savings for American medical tourists.  This is by no means a novel idea considering that most medical tourists end up choosing destinations in Asia such as India, Thailand and Singapore.  India and Thailand in particular are both excellent destinations for a heart bypass surgery, as they allow people from the United States to save more than 80% on the cost of this surgery surgery in many cases.  Uninsured Americans could simply use consumer finance as a solution to apply for a loan of around $10,000-15,000, which would allow them to have the surgery performed in India or Thailand and to avoid an unnecessary financial burden.  As these markets continue to attract increased medical tourists, the quality of the surgery can also improve as doctors perform more surgeries.

India in particular stands out drastically for its extremely low costs and high level of quality.  Some hospitals in India have been able to perform heart surgeries for less than $2,000, while the average cost in the United States is around $90,000.  Another key benefit of considering India is that hospitals have been receiving strong demand for these services, which has ultimately allowed select hospitals to improve the quality of the surgery through performing it so many times.  Moreover, the starting price for having this surgery performed at a JCI accredited hospital is around $4,000, which means that India can even offer cost savings opportunities for people in emerging Asian markets.

Why medical tourism in Taiwan is a best kept secret
How Hospitals in Malaysia have been Trouncing Regional Competitors in Medical Tourism
Why hospitals in Thailand are the world's favorite medical tourism destinations
Heart Bypass Surgery in India: How Americans Can Avoid a 6 Figure Medical Bill
What Is A Congenital Heart Defect And How Is It Treated?
Category : Cardiology, Heart bypass surgery
Tags : cardiac bypass, cardiac surgery, cardiology, heart bypass surgery, heart surgery