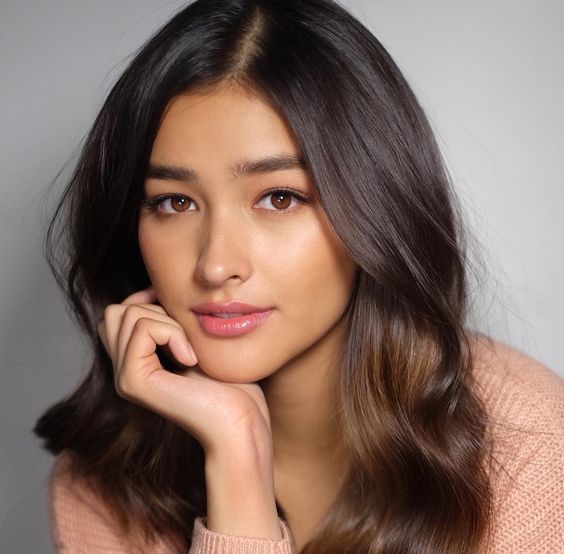 Are You Considering A Rhinoplasty? Test Your Knowledge First

Rhinoplasty, commonly called a nose job or nose re-shaping, is an intricate cosmetic procedure on the nose to improve its shape, size, angle, structural defects or to restore its functions. Any damage to the nasal structure due to cancer, infection or injury can be repaired through this procedure. The goal of a nose job is to enhance facial harmony by bringing the nose into better proportion with the rest of the face.

A strong and well-proportioned nasal structure is the key to lasting beauty and functionality of the nose. However, given the complexity of the structure of the nose and the high degree of precision required to alter the structure predictably, rhinoplasty is widely regarded as the most difficult of all cosmetic procedures.

What are some typical reasons for undergoing a Rhinoplasty?

Rhinoplasty is typically the only solution for achieving any of the following aesthetic or functional objectives:

– Make aesthetic enhancements to the nose by straightening a crooked nose, removing a dorsal bump (on the nasal bridge), lifting a shallow dorsum (nasal bridge), refining a bulky nose, expanding narrow nostrils or refinement of a bulbous nasal tip to give the nose a more refined appearance.

– Correcting a failed past rhinoplasty that damaged the nose or led to undesirable outcomes.

What is the best age for undergoing Rhinoplasty?

If Rhinoplasty is being done to improve for aesthetic or cosmetic reasons then it should only be done once the nasal bones have finished their growth phase. For males, nasal bone structures are fully formed at around 17 years and for females this process is complete at the age of 15 years.

Why would you consider Rhinoplasty as a child?

Since the nasal bones have not fully completed their growth phase before the age of 15-17 years, a rhinoplasty before this age will not deliver lasting results and might impede or disrupt the development process. However, if a rhinoplasty is being done to improve breathing and other nasal functions, then a rhinoplasty could be done even during the growth phase as nasal congestion can impede sleep and disrupt overall growth and development of a child.

Hence, it is imperative that functional improvements be made early enough even if it means that repeat surgeries might be necessary in the future to correct any changes resulting from continued growth of the nasal structures.

What are the risks of a Rhinoplasty procedure?

Rhinoplasty could lead to the following complications:

– Breathing problems: this is common in the case of reduction rhinoplasty or nostril reshaping as it could lead to inordinate narrowing of the nasal passages, thereby impeding nasal airflow.

– Numb nose: while numbness is usually only a temporary condition after the surgery, in some cases, permanent damage to nerve can cause permanent numbness to the nose or surrounding facial anatomy.

– Asymmetrical nose: if the rhinoplasty is not done properly or if there are complications or prolonged swelling during the healing process, the final shape of the nose could be asymmetrical and distorted.

– Compromised nasal support: too much resection or removal of the supporting nasal structures (such as the septum) can weaken the nose and lead to complications such as saddle nose deformity or a flat nose.

– Scars: An open rhinoplasty is often favored by plastic surgeons and requires external incisions on the skin between the nostrils. This could cause permanent scarring if the incisions are made improperly or if the post-operative instructions are not properly followed.

– Infection: As with any surgery, an infection is possible even if highly unlikely. If an infection occurs, it could lead to cartilage death (necrosis) and consequent distortion of the nose or even to more serious conditions such as septic shock if the infection is allowed to spread to the rest of the body.

Is a Rhinoplasty painful?

Anesthesia or sedation is always administered prior to the surgery. Choices can be made between IV sedation (which will put you to sleep) or General anesthesia (which will induce a loss of consciousness). In minor surgeries, local anesthesia with adrenaline is injected into nose to numb sensation and reduce bleeding. It is very rare for an open rhinoplasty to be done under local anesthesia as this does not always work effectively.

Overall, you will not feel any pain during the surgery.

What are the main techniques or approaches to Rhinoplasty?

Rhinoplasty can be done by two techniques, namely, the open or closed (also known as “endonasal” approach:

– Closed approach: the surgeon goes through the nostrils and does not make any external incisions on the nose. This approach is less invasive but also does not allow for as much precision as an open approach.

– Open approach: the surgeon makes an incision on the “columnella” which is the area between the two nostrils and then lifts the nasal skin up like a flat to reveal the underlying nasal structures more clearly.

The cosmetic surgeon decides the approach on a case-by-case basis based on the level of precision needed, the structure of the individual’s nose and the objectives of the patient.

For example, a patient who does not have much time for recovery following the surgery might be better-off undergoing a closed rhinoplasty as the recovery period is much faster than with an open rhinoplasty.

Conversely, an open rhinoplasty will be the preferred approach for a patient who is undergoing a corrective procedure as corrective rhinoplasty is more complicated and requires greater levels of precision.

How is an Open Rhinoplasty or Transcolumnellar technique performed?

This procedure provides maximum visibility and access to nasal structures. The incision called at transcolumnellar incision is placed across the columnella, the tissue between the nostrils, on the underside of the nose. The nasal skin is folded upward to provide unimpeded visibility of the lower nasal skeleton. It is done without altering the existing structure of nose; distortion of nasal cartilage is minimized and individual components can be evaluated.

Cartilage grafts may be needed from elsewhere in the body based on the aesthetic objectives. Once the nasal structure is reshaped, the skin is placed back over the nasal structures and the incision on the columella is closed using stitches.

How is the Closed or Endonasal Rhinoplasty technique performed?

In this procedure, the incision is made inside the nostril rather than externally. Repositioning of nasal skin gets difficult and the entire procedure is conducted through narrow openings as the visibility is limited. It is challenging due to lack of surgical exposure and, hence, is not favored in complicated cases such as a revision rhinoplasty. – Wear nose splints as advised by the doctor.

– Avoid picking your nose or cleaning the insides of your nose to remove crusts or mucus.

– Avoid weight-lifting, running and other strenuous activities to prevent nosebleeds.

-Avoid nose blowing, laughing, excessive chewing, vigorous tooth brushing or any other facial expressions which may shift the nasal structures.

– Avoid exposing your face to direct sunlight as this can delay healing and cause discoloration of the skin or permanent bruising.

The above precautions are typically observed for 2 weeks following the procedure.

What should you expect after a Rhinoplasty?

Rhinoplasty is generally safe but healing can take some time. Right after the surgery, the tip of the nose can remain numb or swollen for few months.

Rhinoplasty can affect the area around your eyes, and you might have temporary numbness, swelling, or discoloration around your eyelids for a few weeks. In rare cases, this can last for six months, and slight swelling could persist even longer. You can apply cold compresses or ice packs to decrease discoloration and swelling. Follow-up care is important after rhinoplasty so be sure to stick to your follow-up appointment schedule

The most important this is to be patient with the results rather than hastily jumping to conclusions about the final outcome of the surgery. 7 Reasons To Consider A Revision Rhinoplasty (Nose Job)
How Tip Plasty Can Help Your Nose Look More Refined
Frequently Asked Questions About The Post-Rhinoplasty Experience
What To Expect After A Rhinoplasty
How A Thread Lift Procedure Can Make You Look Younger
Category : Nose Plastic Surgery (Rhinoplasty)
Tags : nose job, rhinoplasty
One Comment