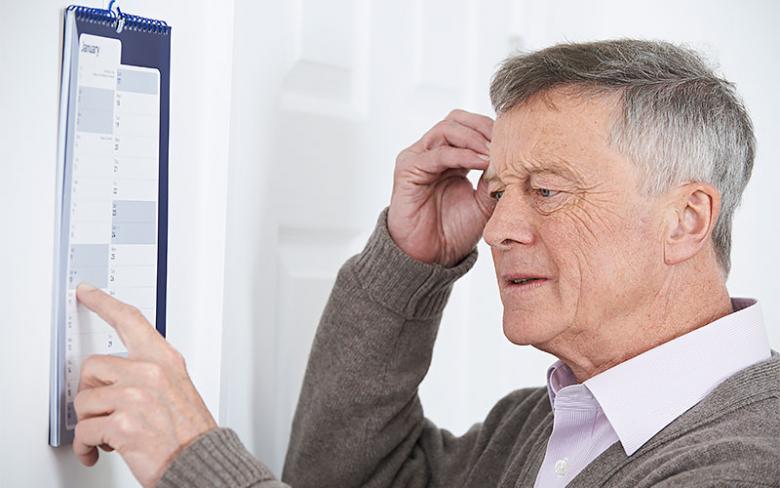 Dementia is a disorder or damage of nerve cells in the brain affecting mental abilities that include memory, thinking skills, social inabilities, mood swings, changes in behaviour which is very disruptive to day-to-day activities and hugely impacts quality of life. Alzheimer’s disease and memory loss are generally associated with dementia, but these are not the only forms of dementia. There are a number of conditions which someone with dementia experiences and dementia can take various different forms. It generally develops in people that are over 65 years old as it is an age-related condition.

What are the symptoms of dementia?

Dementia is set of signs and symptoms which vary greatly from case-to-case but generally include the following categories:

What are the risk factors for developing dementia?

The disease is caused by degeneration in the cerebral cortex area of the brain that controls memory and other mental functions. It damages the brain cells and this leads to cognitive impairments. There are many diseases and conditions that are common in people under 65 years of age and can lead to dementia or dementia which include: When the disease is caused by trauma or any degenerative diseases it is irreversible but in some cases it can be reversible when the cause of disease is a nutritional deficiency or the use of any particular drugs or abuse of alcohol. While the cause of the symptoms may be treatable in some cases, it is not guaranteed that it will be reversed if the underlying cause it addressed. Some of the causes of reversible dementia include the following:

Alzheimer’s disease is the most common irreversible cause of dementia and is caused due to abnormal deposits of protein or “plaque” that progressively damages the internal structure of the brain.

What are the different types of dementia?

It mostly occurs after 65 years of age and is caused by reduced oxygen supply to the brain due to blockage of blood vessels depriving vital oxygen and nutrients to the brain. This leads to problems with memory, language, concentration, planning, judgment and personality changes.

Many people with vascular dementia live for a number of years but usually for no more than five years after the symptoms begin. Although it is not curable, if diagnosed at an early stage, it may be possible to slow down the progression.

It represents more than one type of dementia and most commonly combines Alzheimer’s disease and vascular dementia together. Life expectancy is around 10 years after being diagnosed with mixed dementia. It is most common in people over 75 years of age.

It causes decline in memory, disorientation, problems with reasoning and communication. It is not curable but the patient’s quality of life can be improved through regular therapy including behavioral, cognitive stimulation, reminiscence therapy or cognitive rehabilitation therapy

This is a common type of progressive dementia which involves tiny protein (alpha-synuclein) deposits called Lewy bodies which develop in nerve cells affecting chemicals in the brain (such as neurotransmitters) and leading to problems with memory, thinking, behaviour and movement.

It may cause hallucinations, disturbed sleep patterns, mood swings and depression. Lifespan after diagnosis is typically 5 to 12 years.

It is not curable but management of symptoms through modifications of lifestyle and environment, regular exercises, avoiding daytime naps, music therapy, aroma therapy or massage therapy can also help the person to live well.

Frontotemporal dementia is a group of conditions affecting the frontal and temporal (side) lobes of the brain leading causing a loss of empathy, a loss of short-term memory and difficulties with processing language.

This is not really a form of dementia but, instead, an intermediate stage between the cognitive declines that results from aging and dementia.

People with Mild cognitive Impairment are most likely to develop dementia but this is not always the case because MCI can also be caused by depression, certain types of medications or any other physical problems which do not result in dementia. People with over 65 years of age are at increased risk of developing dementia but this can affect younger people and is difficult to recognize at an early stage; very rarely, it is seen in people between 20 to 30 years of age (often referred to as “early onset”) with symptoms becoming more pronounced with age.

It is usually diagnosed between 45 to 65 years of age. Frontotemporal dementia has genetic roots and can run in families.

How can we diagnose dementia?

This includes physical examinations, testing blood or other fluid levels, assessments about the beginning of the symptom development, family history and the patient’s past and current medication regime. Is there any cure for the dementia?

There is no cure for the disease (unless it is due to the reversible causes alluded to above) and treatment for dementia focuses on slowing down the progression of the disease.

Age is the biggest risk factor of developing dementia. Life expectancy is about 8 to 10 years after the diagnosis.