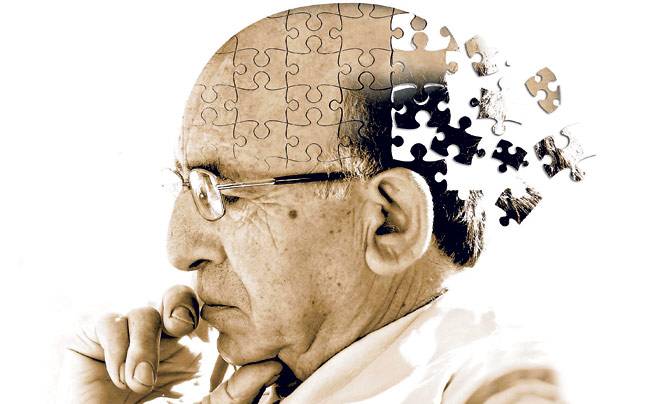 Can Alzheimer’s Disease Kill You?

What is Alzheimer’s disease?

Alzheimer’s is a chronic neurodegenerative disease causing memory loss due to deposit of protein in the brain that manifest in accumulations known as Amyloid plaques and tau tangles. These clumps of proteins disrupt communication between neurons (cells that allow messages to be transmitted in the brain) causing dementia which is characterized by the inability to think and a loss of social skills.

Eventually this can cause a weakening of the immune system and life-threatening infections. Alzheimer’s disease starts by damaging the hippocampus which is part of the brain responsible for memory. The brain begins to shrink after the neurons die and the brain tissues atrophy significantly by the final stage of the disease.

How was Alzheimer’s disease discovered?

Alzheimer’s disease is named after Dr. Alos Alzheimer who discovered a mental disorder in a woman in 1906 whose death was unusual and preceded by memory loss and difficulty in using and understanding language. Her brain was examined after her death and found to have many amyloid plaques and Neurofibrillary tangles.

What are the early symptoms of Alzheimer’s disease?

It is mainly caused by a combination of genetic, lifestyle and environmental factors that affect the brain over time. Proteins in the brain, specifically Tau proteins and Beta-amyloid protein fragments, fail to function normally and start accumulating in that part of the brain which controls memory including the entorhinal cortex and hippocampus.

This protein accumulation causes toxicity and disrupts the function of the neurons in the process. Neurons then get damaged, lose their connection with each other and eventually die. This loss of neurons then spreads to the other regions of the brain, shrinking the brain significantly by the last stage of the disease. It is also identified as proteopathy, a term which refers to the formation of Amyloid plaques and Tangles which are described below: Neurofibrillary tangles form inside the nerve cells and are aggregates of insoluble tau proteins. Tangles disturb the system of support and transport of nutrients to cells, leading to toxicity and cell death.

What problems does someone with Alzheimers disease experience?

People suffering with the disease may experience various problems which include:

What are the risk factors of Alzheimers disease?

The risk factors of the disease include:

Alzheimer’s disease is more likely to develop if a parent or sibling has the disease and inherits the altered gene from the affected member of the family. If a patient has the APOE e4 gene, it increases the risk but it is higher if the patient has two APOE e4 genes, associated with mutations in genes on chromosomes 21, 14 and 1. It usually depends from patient to patient. In some cases people with Alzheimer’s disease do not have the APOE e4 gene. Thus, the presence of these genes increase the risks of developing Alzheimer’s but are not the cause of the disease.

People with Down syndrome usually develop Alzheimer’s disease in older age as they are born with an extra copy of chromosome 21 which contains a gene that codes the amyloid precursor protein (APP) which ultimately gives rise to beta-amyloid (recall that we mentioned earlier how beta-amyloid accumulates to form the Amyloid Plaques). Because people with Down syndrome have an extra copy of the chromosome 21, they make 1.5 times as much APP as most other people, leading to a greater risk of beta-amyloid build-up.

Women are more likely to have the disease as they develop more depression as compared to men, exercise less, take on a higher burden as caregivers and also tend to live longer than men.

Research has shown that cardiovascular health is also connected to brain health. Those with heart disease are more likely to develop Alzheimer’s disease. Can Alzheimer’s disease cause death?

Alzheimer’s disease shortens the life span. People survive with the illness for around 20 years or more but the average time between diagnosis and death is approximately 8 years. People usually die from the complications of the illness. It is not the direct cause of death but people with Alzheimer’s die due to difficulty in swallowing or inhaling food, loss of control of bladder or bowel movements, pneumonia, hallucinations, agitation, inability to walk (leading to bedsores), falls or head injury, deadly infections, blood clots, long pauses in breathing due to damage in the area of the brain that controls breathing and other life threatening circumstances.

How can you prevent Alzheimer’s disease?

Alzheimer’s disease is not curable or necessarily preventable but modification in lifestyle can reduce the risk factors of developing the disease. These include a nutritious diet, a socially active lifestyle, avoidance of alcohol and tobacco, regular physical activity and regular exercises and activities which require mind and body coordination.